As always, set an intention to receive these words through your heart space. Love you my friends? Transcript below

Breakdown:
(You may be feeling this urgency for the next two to three months)

This is a Human Collective Consciousness NEXT LEVEL step
to further empower…
and take collective aim at correcting and clearing out the energies that are out of balance
Beginning to put preferred structures into place
Not all human consciousnesses involved are “awakened” consciously on the planet, but nevertheless are participating (merely playing out their role in the process here as planned)

These structures are merely functions of yourselves.
“They are (will be) indistinguishable from yourselves…”
• The Arcturians are saying that the desired “corrective” structures (institutions, money or trade systems, eduacation, etc.), will be mirrors of US.
• And therefore, only as we further understand and then embrace the nature of our powerful SELVES, will we see the reflection of that in these structures (as presenting within our perceived physical realm)

This engages the power both to create what you require
(including the experiences which expand us), and also to release what you no longer require at any given moment.

Because of locked in beliefs (or mental imprinting), that are still being filtered out and released, we believe that the power of a ritual cannot generate from within us.
Holding this belief will cause both conscious creation and intentional “release” of structures and energies to be more difficult to execute.

The Arcturians:
…Symbolism is important. Symbolism garners energetic support from the collective. In other words, the Beings that have gone before, or that are with you now… who also participate in the symbolic event, in symbolic nature or tradition or steps (if you will), processes in order to execute the releasing or the clearing or whatever it is… it has more energetic support in this way. And so symbolism in that way can be beneficial.
[…to be continued within a complete channeled message later]

Humans can use symbolism and ritual at any point to Create (from energy)
or Release and Transmute energy
• Many may think they understand this, but still either really do not believe that they are capable of it
• And there is still a collective deep mistrust (because of the widely distorted definitions and misuse of this power)
Intentional misuse of this will cause great imbalance in a civilization and thus cause great harm. The intention must always be directed through the heart.
This is a Natural Human Trait and Divine Right… the natural way of Being connected to Source and Each Other

The Arcturians had more to say about using your power and the process of releasing.
I will upload their short channeled message about that very soon.

Thank you for listening!
Love you my friends, Namaste 🙂

If you have heard the call to serve the collective consciousness in it's ascension, we are looking for you... 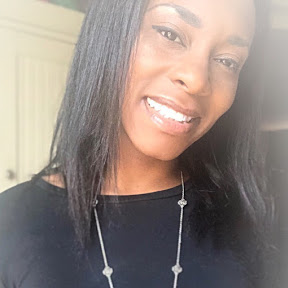 Yolanda is a Blue Ray integrated Arcturian Channel. The Activations that she creates help humans access and unlock their Original Divine template, activating the dormant DNA strands. The codes are hidden in the messages she channels, which are driven by the needs of the collective. These Activations can be found on her YouTube channel.
Read More from this Contributing Ascender

Yolanda is a Blue Ray integrated Arcturian Channel. The Activations that she creates help humans access and unlock their Original Divine template, activating the dormant DNA strands. The codes are hidden in the messages she channels, which are driven by the needs of the collective. These Activations can be found on her YouTube channel.
Read More from this Contributing Ascender

It’s one of life’s big questions, one that unites us all. Because, we all arrive at a point in our journey where we begin to ask the question: “what is my purpose?” In this Awaken with Bryan solo episode, I share with you 5 tips that have supported me in

Lee Davy is a bridge. A bridge to expanded health, consciousness, and understanding. He’s also a self-mastery guide, an author, the creator of the 5D Breathwork Method, co-founder of Connected Community, co-steward of the Unified Alliance, and co-owner of Imiloa Institute; and an all-round Superhuman. In This Episode LEE &

There’s a greatness within you. When you discover it and then you let it radiate into the world, so much will come from this for you and all those around you. Here’s how you will embody your greatness. In This Episode Amanda & I Explore: What your ‘greatness’ is and why

If you are one of the souls that came to this planet to serve the collective in it's ascension, we're looking for you...